We and our partners use cookies to Store and/or access information on a device.We and our partners use data for Personalised ads and content, ad and content measurement, audience insights and product development.An example of data being processed may be a unique identifier stored in a cookie. Some of our partners may process your data as a part of their legitimate business interest without asking for consent. To view the purposes they believe they have legitimate interest for, or to object to this data processing use the vendor list link below. The consent submitted will only be used for data processing originating from this website. If you would like to change your settings or withdraw consent at any time, the link to do so is in our privacy policy accessible from our home page.

Let me begin by saying that the backbone of an inverter is tied to the battery and for an inverter to be efficient and durable, the battery has to play a huge role to that effect.

In this article, we will show you how you can charge a dead inverter and many more.

Can I Charge a Dead Inverter?

How Can I Charge a Dead Inverter Battery?

You can charge a dead battery by desolating it or changing the electrolyte. 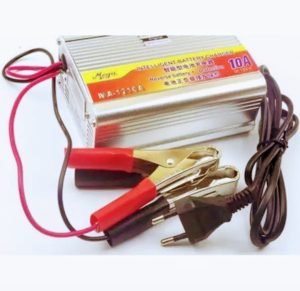 How Do I Bring a Weak Inverter Battery Back to Life?

You can bring a weak battery back to life by following these steps below:

The first step is to examine the inverter if it can charge and discharge the batteries by testing the batteries. To carry out your test on the batteries, you will need to utilize a voltmeter. If the D.C. volts of the batteries are not zero, be sure to check out the d.c. and note that the voltage of the inverter should not be anything lesser than 10.7V. The inverter is good for the job if it is up to 12 voltages and can get the batteries fully charged.

CHECK OUT:  Are Smart Plugs Good or Bad for Electronics?

What is the Electrolyte in Battery?

The electrolyte in battery is a chemical catalyst that creates space for the electrical charge flow between the anode and the cathode. This means that when there is a connection between a device and a battery, a reaction of electric chemical circuit or light bulb occur on the electrodes which in turn pass an electrical energy flow to the device.

How Do I Tell if an Inverter Battery is Dead or Close to Dying?

You can tell if your inverter battery is dead by putting a load on it to see if it picks up. If it picks then there is still power in it but it shuts down, it means your battery does not have the capacity to charge the load and the battery is dead in that its voltage is below the 12 volts we discussed earlier.

To know when an inverter battery is about to die, the inverter will show you a warning sign by beeping to indicate that your battery is getting to its lower voltage limit.

Why does an Inverter Battery die Earlier than Expected?

CHECK OUT:  Why Does My Acer Monitor Keeps Going Into Power Save Mode? How To Solve The Issue

Note that there are many other reasons why an inverter battery would shut down earlier than expected.

Can I Charge My Inverter Battery Without Electricity?

I will take this question to mean “can I charge my inverter battery off-grid?” I’d still say no because to charge a battery, you need electrons and electrons must be from a source of electrical power.

Conclusion: This article was written with the aim of exposing to you how you can bring back a dead inverter battery to life and we did just that. This notwithstanding, there are things you will have to note which is conducting routine checks on your inverter and making sure the battery is charged as at when due. Also make sure you do not overcharge your battery. Stop charging once your battery is full else you risk running it down or it may die completely with no remedy.

Do feel free to share this article if you find it educating and don’t forget to drop your comments, questions or contributions in the comment section.

CHECK OUT:  Why Is My RGB RAM NOT LIGHTING UP?

No comments to show.